Imagine you are the editor of a city newspaper. A march for “kids & veterans” is planned in your city by someone who has just posted a video making threats to kill Family Court Judges and “wipe out” Antifa protesters. The video is shared on numerous far-right social media channels including those run by far-right thug Tommy Robinson.

As editor, do you:

A)    Make the threats and far-right nature of the march your headline?

B)    Make no mention of the threats?

Sadly for Nottingham, Natalie Fahy the editor of the Nottingham Evening Post chose option B. In several articles before and after the march by the paper, not one reported on who was organising the march or their repeated threats of violence. The Post’s correspondent, Kit Sandeman, confirmed that he had spent a day digging into the organisers’ videos and was perfectly well aware of the threats and the far-right’s involvement. Fahy herself confirmed that she had seen a video created by @Open_Nottingham featuring a compilation of threats made by the organiser Dean Cumberpatch including a threat to have a “mass cull” and an appeal for someone to get rid of London mayor Sadiq Khan.

The examples of bad journalism did not stop there. At least two counter-protesters report that Nottingham Evening Post journalists approached them for comment only to say “that’s not the angle we are looking for” when they describe the march as far-right. Even after the march, when photos emerged of ultra-hardcore neo-nazi flags at the march or the presence of numerous figures for the National Front and English Defence League at the march, the Evening Post only managed a passing reference to them. 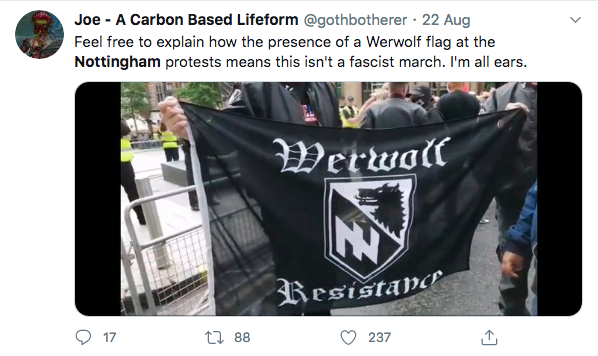 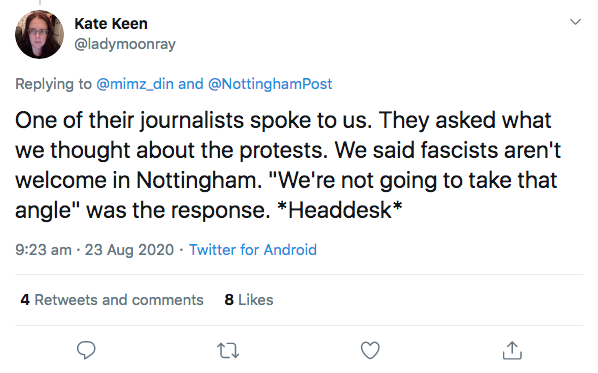 The worst of this is not the failure of the press’ obligation to inform and educate its readership. The Evening Post committed a far bigger journalistic sin – it missed the story. A man convicted of drug-smuggling with far-right connections campaigning about child-abuse while simultaneously making death threats to Family Court Judges is simply a better story than “man organises march”. 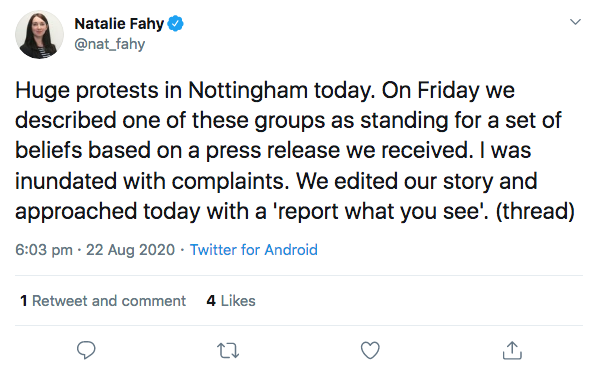 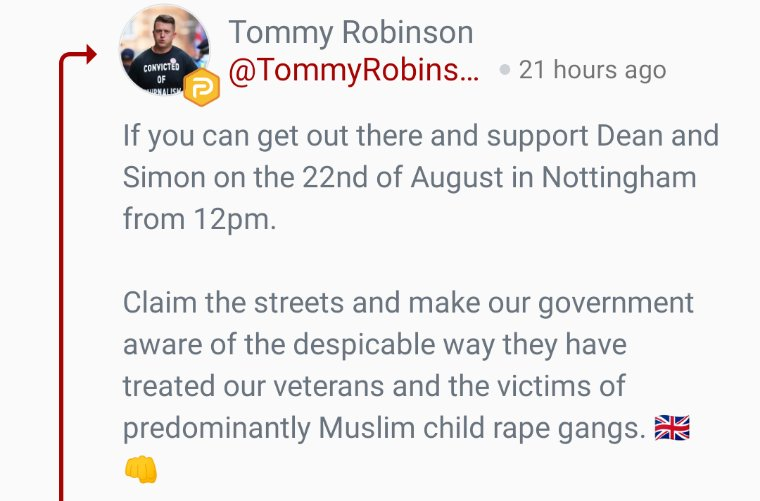